It’s been mostly cloudy and rainy for the last week, with the exception of 10 minutes of deafening hail that briefly covered the streets of Bassac with white. 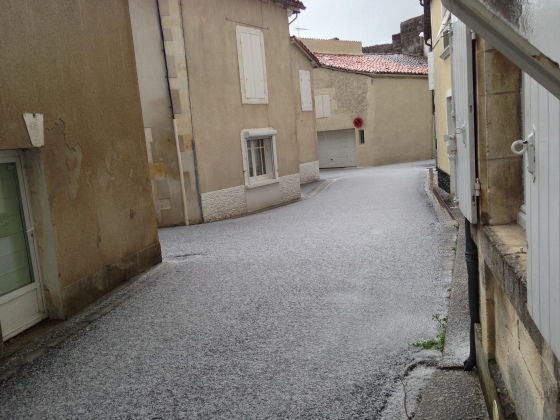 The sun came out yesterday so we hopped in the car and drove to the coast, taking backroads through the countryside, weaving through miles and miles of patchwork fields, vineyards and small towns. 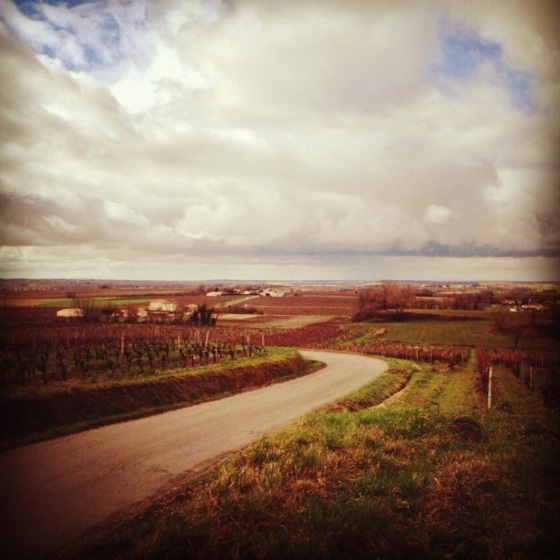 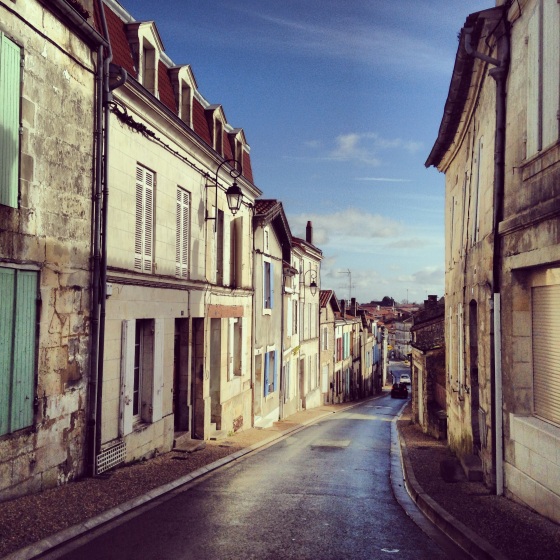 Our first stop was the beach town of Royan, nice but nothing special – just your standard mediocre touristy beach spot. The tide was really low, leaving beautiful reflective pools on the surface of the sand, but also a ton of trash. Adam and I share a psychological affliction, where like magpies to shiny objects, we see masts in the distance and want to go to there. We found ourselves staring down at a marina full of nice, modern French boats like beneteaus and Fountaine Pajots (Free Luff shout out!) floating upon murky brown water. Despite its uninspired marina setting, Royan is at the base of a huge bay which begs to be sailed on, with Royan to the north and Bordeaux to the south. 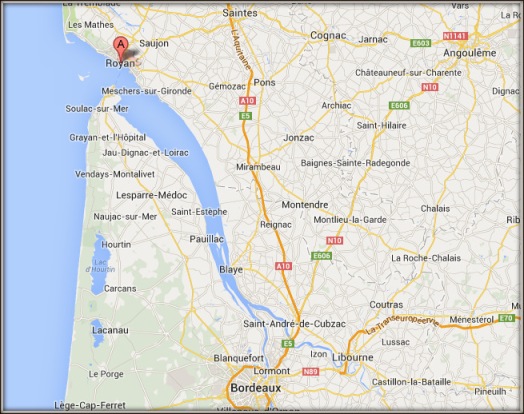 From Royan we drove a coastal road south to Talmont along massive cliffs. We rolled down the windows, cranked up the heat and gazed out at the Atlantic to the West. Surprisingly, the drive reminded us a lot of Santa Cruz, CA where I went to college, except these roads were too narrow for one car, let alone two going different directions, and every home on the cliff had those undeniably French shutters.

15 kilometres south of Royan, Talmont sits on a rocky peak overlooking the Gironde estuary; it still has its original layout as a “bastide”, built in 1284 by Edward I Duke of Aquitaine. Towering above the village, the magnificent church of Sainte Radegonde, symbol of the Poitou-Charentes region, is still protected by ramparts. In the village, whitewashed houses and blue shutters peep out behind hollyhocks. 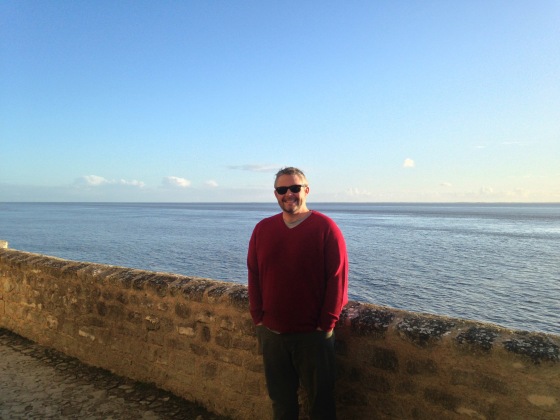 Talmont came highly recommended to us by Pam and Fred (who own the Bassac house we’re staying in and who currently live on a sailboat in San Diego). It’s one of their absolute favorite places to visit and it doesn’t take long to see why. 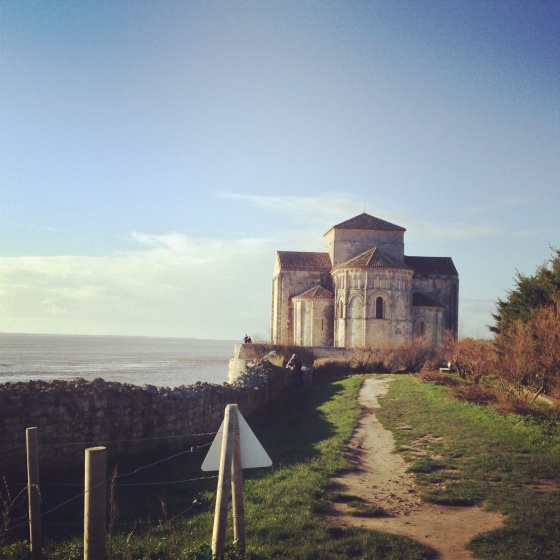 5 thoughts on “A Day on the Coast”