The last week and a half here  in Oxnard has been overcast and rainy, but we’ve been trying to make the best of it and take advantage of clear moments and occasional blue skies.

During one such attempt, I dusted off the longboard that Adam bought me my freshman year at UCSC, and took it out for a spin along the homes that border Hollywood Beach, across the street from us. Adam followed behind like a willing soccer mom, holding my jacket and camera and giving me the obligatory thumbs up when I looked back at him…as he ate my dust.

I asked him if he wanted to give it a go and he showed me the scrapes on his hands and knees from an hour ago, when he had tried the skateboard while I was in the bathroom. But after enough peer pressure (peer pressure is key kids, never forget that) he got back on the board. 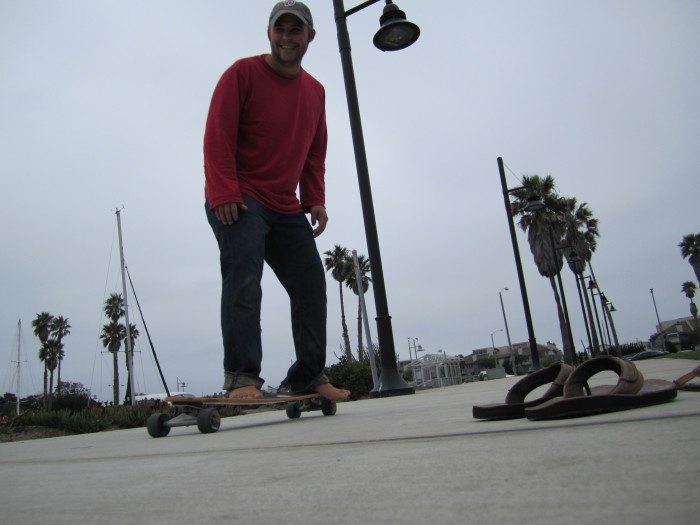 Not too shabby right?

Let me show you the outtakes.

There’s a sprawling white beach across the street that’s completely empty, except for the occasional die hard surfer. Last night as we were sitting in the sand drinking 2buck Chuck, we saw two dolphins surfing the waves along with them. 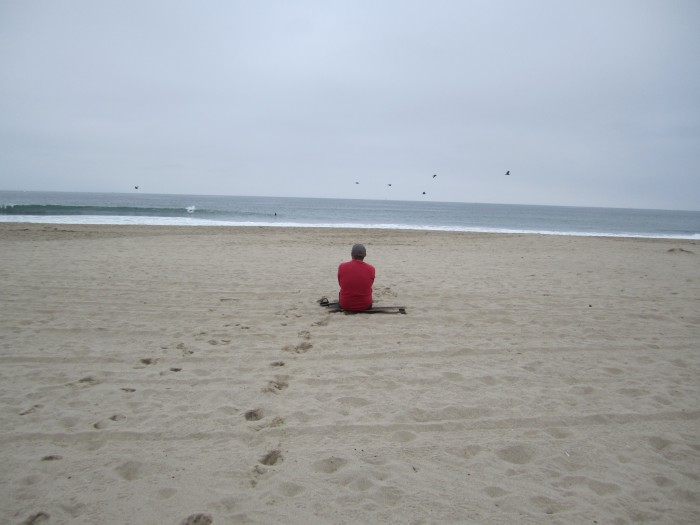 There’s a ton of marine life here that we didn’t experience in San Diego, probably because the water is so much cleaner up here. On the downside, there are several ominous looking oil wells off the coast  that at night look light floating cities from Waterworld. I stepped in a tar ball on the beach the other day and it took me two days to get the black off my foot. Finally I can relate to that poor pelican on the cover of National Geographic. (Too soon?) 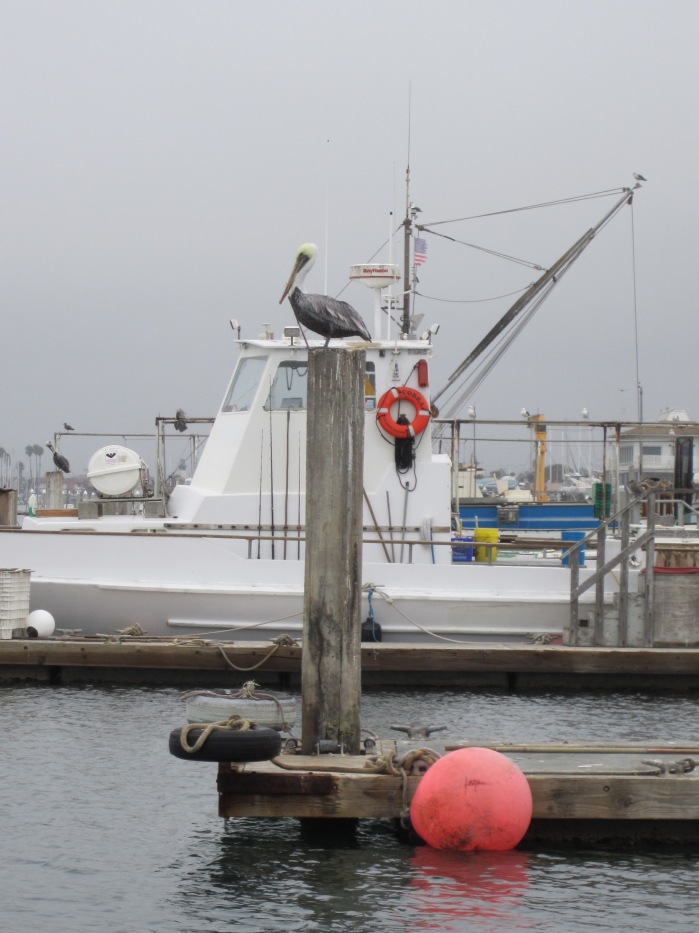 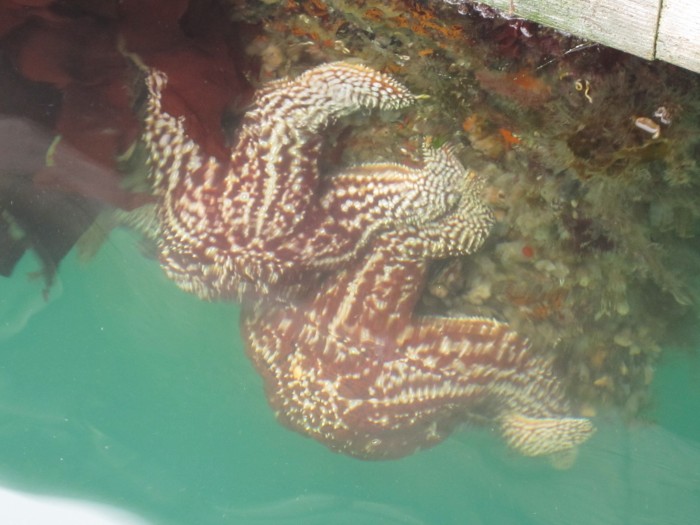 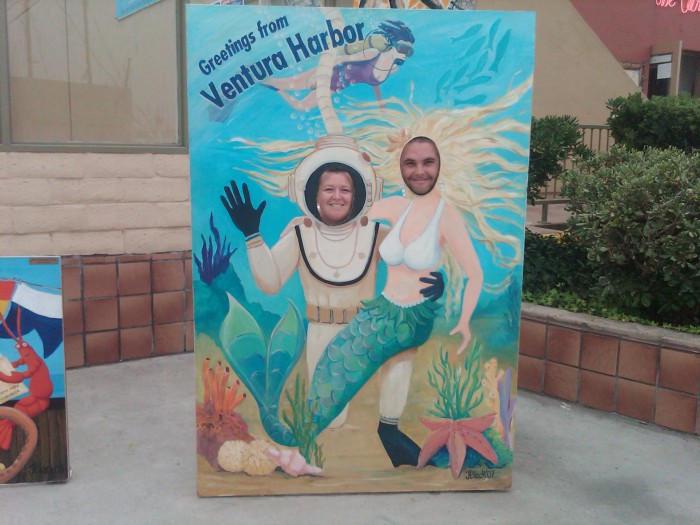 It’s been raining all day, but a few hours ago the rain stopped, the skies parted and a rainbow peeked out from amongst the clouds. The air was crisp and everything was eerily silent and still…until that duck started up again and all was right with the world. 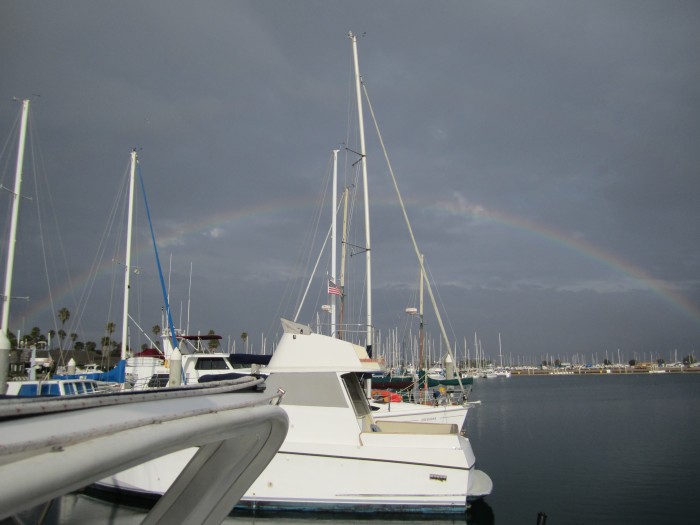